A 17 year-old Ceres teen was driving a silver Honda Civic westbound on Scenic Drive at approximately 7:30 AM, with her 16 year-old passenger from Modesto.

For unexplained reasons, the driver lost control of the Honda and swerved into the eastbound traffic. The passenger side of the vehicle was broadsided by a blue Mitsubishi Eclipse. 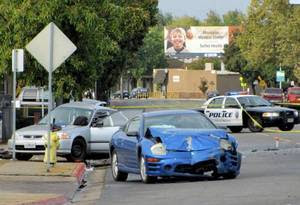 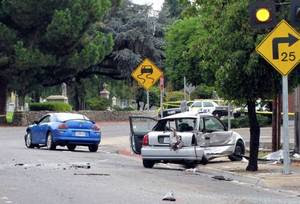 The driver of the Honda suffered minor injuries and the passenger was seriously injured. They were taken to local hospitals.

The driver of the Eclipse, a Lodi resident, was not injured.

Officers said that speed and road conditions were believed to be factors in the accident. The street was slippery from an overnight rain storm.