The driver’s three passengers, who were also Central High School students, all received minor injuries. All four occupants were reported to be wearing their seat belts. At this time, the identity of the occupants have not been released. 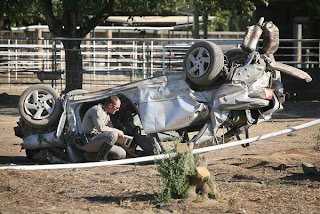 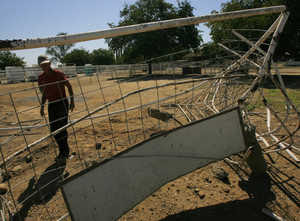 The accident occurred at about 2:45 PM, on McKinley Avenue, near Rolinda Avenue. Just east of the Central High School West Campus. The driver was westbound on McKinley, when he lost control of his car, hit a power pole and then a tree. Then the car rolled and hit a horse corral.

The CHP said they are not sure why the car left the road. There were no witnesses to the crash.

Please give us a call, if you are a relative or are in touch with the family, and would like us to investigate this accident further. I am a personal injury lawyer that specializes in these cases. We are located in Visalia. Attorney John Rozier 559-713-0159.