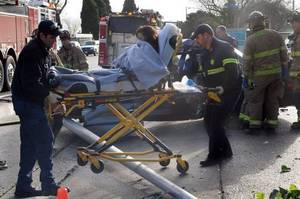 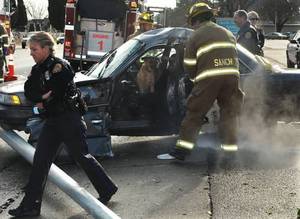 On March 21 a woman and her dog were injured in an accident in Modesto. According to reports the woman was driving east on Scenic Drive when, for unknown reason, she lost control of her vehicle. Then she hit a light pole near Bodem Street and knocked it over. The driver was pinned in her vehicle until rescue crews removed the door and pulled her out. She was taken to a local hospital to be treated for her injuries. The dog in the vehicle dog was taken by animal control officers to a local shelter.